Democratic Korea… a continuous rise in all domains 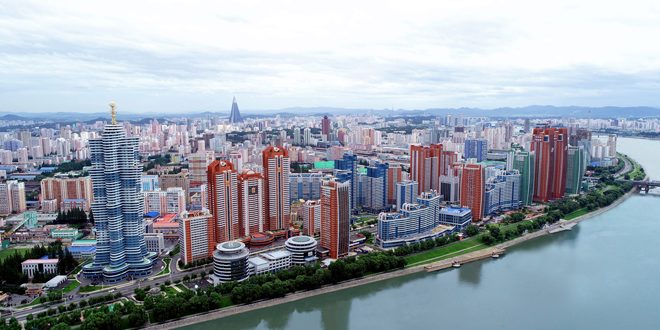 Pyongyang, SANA-Democratic People’s Republic of Korea, DPRK, continues its rise in the economic, social, military and scientific domains, inspired by the vision and opinions of the founding leader, Kim Il Sung, who has led the country for over 45 years on the way of socialism until it achieved self-sufficiency while the unity of Korean people remained the main target of his long years-struggle.

The economic rise DPRK has been witnessing since more than half a century gave fruits to the people on different levels, including employment and work as there are no unemployed in the country and the state guarantees stable tasks for the individuals, whereas women have preferable treatment in the work hours and other facilitations.

Free medical services and canceling taxes since more than 50 years in addition to enjoying contemporary civilization and culture were most prominent achievements obtained by the modern DPRK for its people since its foundation by Leader Kim Il sung who built a democratic state in the East in 1948 and laid its socialist bases. Leader Kim Il Sung has deeply contributed to helping national freedom movements all over the world, in addition to his leadership and progress despite the attack it faces by international imperialism, and he worked to boost and develop socialism march in the world and supported the non-Aliened Movement.

The United States’ provocative practices and measures directed against sovereign states that refuse to yield to its dictates were not able to stand in the way of the remarkable development that the DPRK has achieved at all levels thanks to its leadership and the aspirations and ambitions of its people.

After demise of late Leader Kim Il-Sung in 1994, Presidents Kim Jong Il and Kim Jong-Un followed the footsteps of developing the country and resisting colonial policies and foreign interference in sovereign affairs of the DPRK, led by the United States which aim to achieve its ambitions, whether by stirring up tension on Korean Peninsula or through unfair economic sanctions.