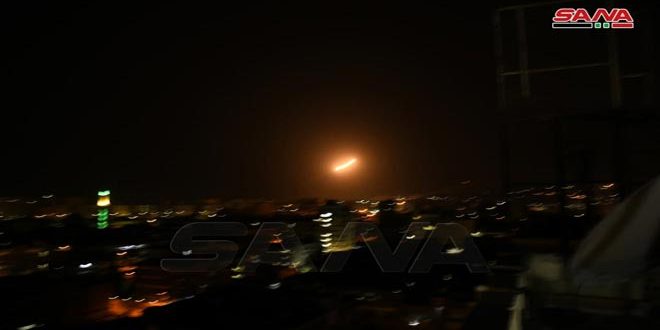 Damascus-SANA, The army air defenses intercepted after midnight Israeli missiles aggression that targeted some sites in the surroundings of Damascus and downed most of  the enemy’s missiles.

A military source told SANA that at 12:56 a.m. on Thursday dawn, the Israeli enemy launched a new aerial aggression from over the Lebanese territories through which it targeted a number of sites in the surroundings of Damascus, asserting that the Syrian Air defenses intercepted the enemy’s missiles and downed most of them.

The source added that the Israeli aggression caused the injury of four soldiers and material damage.

Lebanese al-Manar TV channel said that one of the Syrian Air defenses missiles followed up an Israeli hostile warplane in the border area as the sound was heard throughout southern Lebanese airspaces.

On 16th March, the army air defenses intercepted Israeli missiles from the direction of occupied Golan that targeted some sites in the surroundings of Damascus and downed most of the enemy’s missiles. 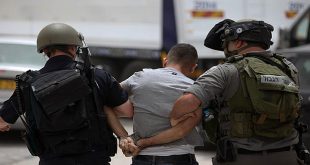