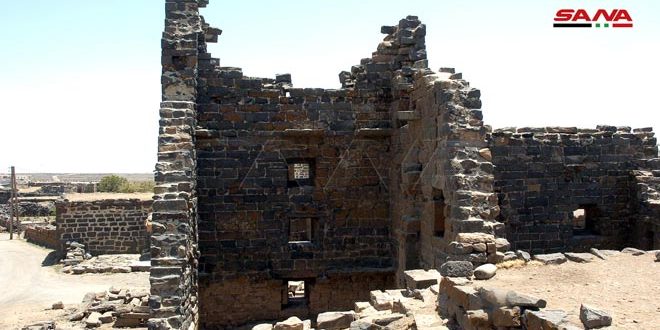 Sweida, SANA- Archaeological temple in Busan village, located in Sweida eastern countryside, is one of the important archaeological monuments in the village, which have witnessed successive civilizations and peoples from the Nabataean period through the Roman and Byzantine eras up to the Islamic period. Head of Sweida Antiquities Department, Nashat Kiwan, told SANA about the historic importance of Busan Temple, which was built in the Roman era about 2,000 years ago and its lower foundations are still preserved under the late stone houses.

He added that the village is distinguished by its beautiful stone structure and its old buildings of basalt stone, roofed with riddles carried on basalt arches, in addition to the Arabic writings and inscriptions dating back to the Ayyubid and Mamluk period. 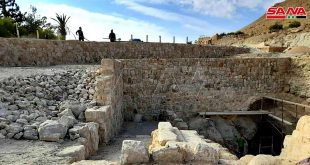 Palmyra, SANA-The restoration and rehabilitation works for the historic Afqa spring in Palmyra are almost …