Distributing more than 26,000 food baskets to needy families in Hasaka 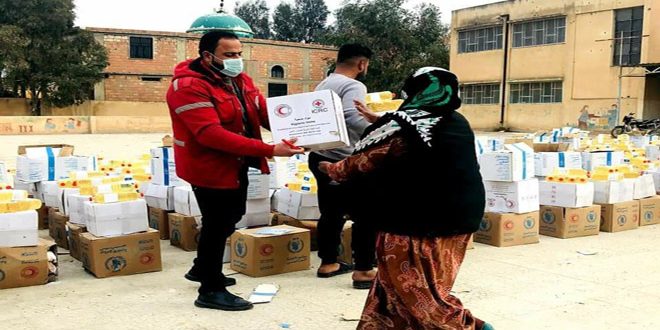 Mansour indicated that the process of distributing the aid by SARC branch in Hasaka is the first of its kind in the current year, and more aid will be distributed during the coming period in order to alleviate the suffering of families in light of the difficult economic situations.