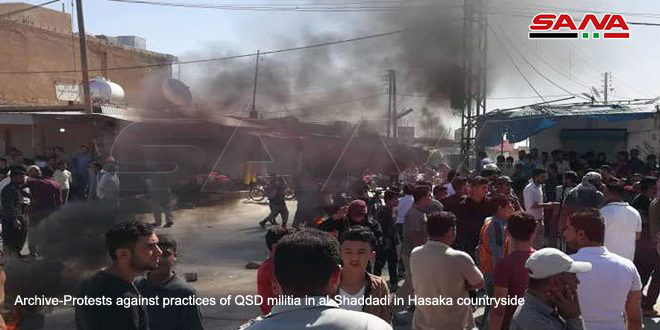 Local sources told SANA reporter that a group of three armed men affiliated to QSD militia were killed in an attack machine guns on the road between the villages of Ghazila and Iskenderun in Tal Hamis area in the eastern countryside of Hasaka.