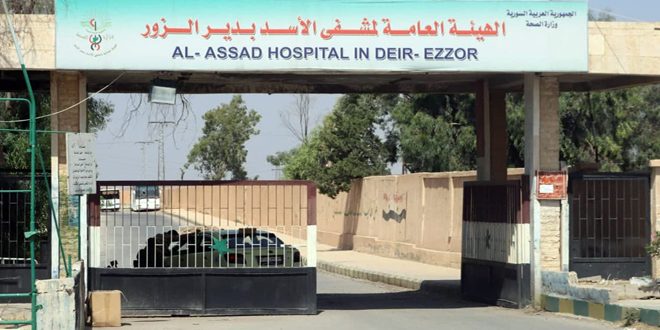 Deir Ezzor, SANA- In mid-February, the Cabinet agreed on sending twenty doctors, monthly, with all specialties to Deir Ezzor hospital to provide health services to the locals in the province around the clock.

Dr. Bashar al-Shuaibi, Director of Deir Ezzor Health Department, said the terrorist war and the blockade imposed on the province have caused a shortage in the specialized and resident doctors, in addition to the abstention of the doctors from contracting with the Health Ministry.

He noted that the decision of sending the doctors will help in filling the deficiency and providing Health Sector with resident doctors.

In Deir Ezzor, there are now a complex of hospital that contains the general commissions of the hospitals of al-Assad, Euphrates, Children and Obstetrics, and it provides medical services to the locals of the province, both the city and countryside, as the other hospitals have been damaged because of terrorism.

Member of Syrian Doctors Syndicate, Dr. Ghada Hammuri described this procedure as an “important step” and a national duty that every doctor performs to serve his country.

She added that the number of doctors registered in the Health Ministry Department in Deir Ezzor is estimated at 1100 doctors, but most of them are in other provinces or outside Syria. 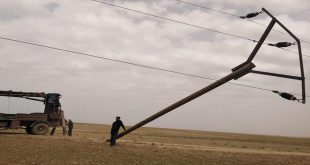