New York, SANA-Syria’s permanent envoy to the UN Bashar al-Jaafari said that a draft resolution, submitted by the Qatari and Saudi regimes, which criticizes the state of human rights in Syria is an odd paradox and mockery, referring to hundreds of reports and statements that unveiled the range of the Saudi and Qatari regimes’ involvement in igniting violence and bringing international terrorism into Syria.

Al-Jaafari added Thursday in a statement at a UN General Assembly session before voting on a draft resolution on “Human rights’ State in Syria” that the terrorist activities of the two regimes didn’t stop at financing and arming the terrorists, but they went to the opening of camps to train the terrorists on the Saudi, Qatari, Jordanian and Turkish lands.

He referred to scores of western reports that document the way through which Qatari institutions help terrorism, make money laundering and provide job opportunities for main personalities connected to terrorism.

“While representatives of Qatari and Saudi regimes call, in their draft resolution, particularly in article 24, for holding a democratic, pluralistic and civil state where woman has active participation, the legitimate question would be; where is the Saudi or Qatari implementation for those legitimate calls on their people who live under Sheikhdoms that have never heard of any parliament or constitution,” al-Jaafari wondered.

He added the criminal practices of the Saudi authorities against the women have reached to the Syrian girls who live in the refugee camps of the neighboring countries, referring to a Saudi decision that legitimizes trafficking in the Syrian orphan girls.

Al-Jaafari affirmed for three years, governments of the states that submitted the draft resolution, have kept to their bias and denial of the existence of terrorism in Syria, rejecting any positive signal to Syria’s efforts, and today they wake up lately, not to acknowledge the danger of terrorism on Syria and the region, but to go out of the embarrassment corner those governments have put themselves in.

He said that though the Qatari and Saudi regimes have bought everything, including the UN Center on Counter-terrorism, they will not be able to buy the voice of the Syrian people who will punish them, sooner or later, for their terrorism.

Al-Jaafari urged the UN member countries to reconsider their voting and vote against the draft resolution. 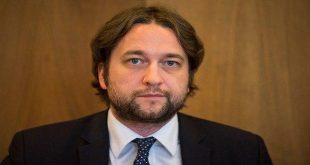 Prague, SANA_ The continued imposition of the unilateral coercive economic measures on Syria by Western …