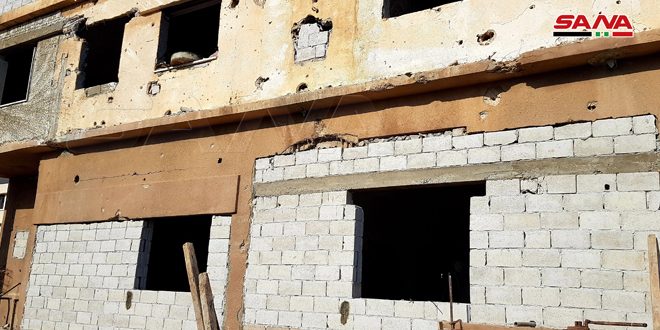 Palmyra, SANA – Homs General Establishment for Electricity is carrying out works of rehabilitation and restoration for the building of electricity center in Palmyra which was sabotaged by acts of Daesh terrorist organization before their expulsion by the Syrian Arab Army.

Engineer Bassam Yousef told SANA reporter that the execution period of the project, which SYP 40 million cost, is three months.

Yossef affirmed that the investment process of the center would contribute to returning the workers to the center.

Damascus, SANA-   Temperatures will significantly drop to become less than their rates by about 7 …