European media: Plundering Syrian resources by US occupation is a war crime 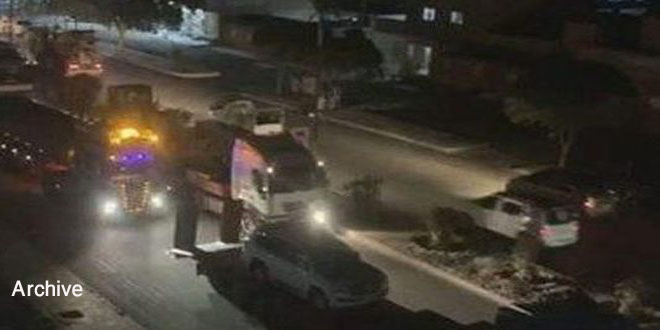 Bratislava, Prague, SANA-  Slovak “Zem a Vek” website has affirmed that plundering the Syrian resources by the US occupation in cooperation with terrorists represents a war crime according to the international law.

In a report published on Monday, the website asserted that the natural resources in Syria are possessed by the Syrian people only. Therefore, the only body which is entitled to use them is the Syrian Government.

In the same context, Czech news website Narodne Novine slammed the continued plundering of natural resources in Syria by the US occupation.

It noted that the US forces are deployed in the Syrian territories illegitimately as they were not invited by the Syrian Government and they don’t have an international authorization.

It emphasized that the continued imposition of unilateral coercive economic measures against Syria targets the Syrian economy and people, which is also inconsistent with international laws.