Occupied Jerusalem, SANA-  A Youngman was martyred and others were injured in Israeli occupation troops’ attack against the Palestinians north of Tulkarm in the West Bank.

Ma’an News Agency said that the Israeli occupation troops stationed at one of their checkpoints in Far’un town, north of the city, fired poison gas bombs at the Palestinians, causing the martyrdom of a young man due to suffocation and the injury of others.

On Saturday, two Palestinians were injured after the occupation forces attempted to suppress the weekly anti-settlement demonstration in the village of Kafr Qaddum, east of Qalqilya in the West Bank.

Occupation forces continue their aggressive practices against the Palestinians through storming their cities and villages and launching daily arrest campaigns with the aim of displacing them, seizing their lands and Judaizing them. 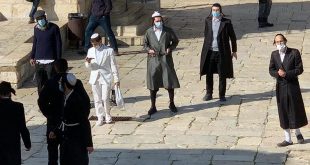