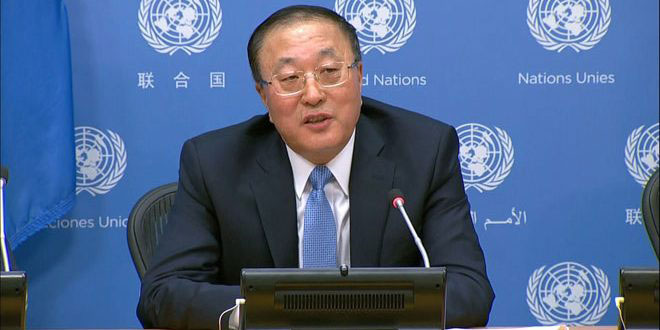 China’s Permanent representative to the UN Zhang Jun stressed, during a UN Security Council’s session on the situation in Syria via video, that the western coercive measures imposed on Syria have directly affected the livelihood of the Syrian people and hindered access of medical services and supplies to them.

Zhang pointed out the necessity of exerting further efforts for finding a political solution to the crisis in Syria and supporting the work of the Committee of Discussing the Constitution which should be far from any foreign interference because the Syrian people are the only ones who will decide their future.