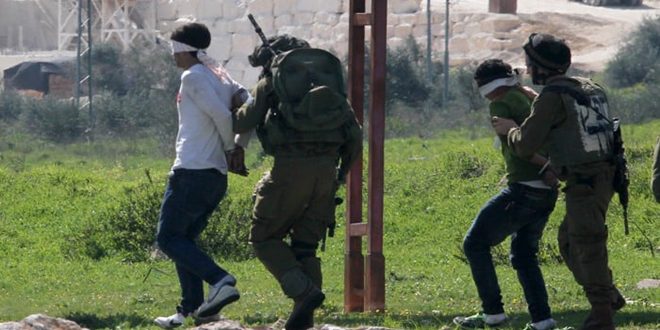 Wafa News Agency stated that the occupation forces stormed Hebron city, the towns of Beit Ummar and Surif, north of the city, Aqbat Jaber camp, south of Jericho, the towns of Ya’bod and Qabatia, southwest of Jenin, and Kobar town, north of Ramallah, raided the Palestinians houses and arrested fourteen of them.

The occupation troops continue their aggressive practices against the Palestinians through tightening the noose against them, attacking them in their towns and villages and launching a daily arrest campaigns with the aim of displacing them, seizing their lands and Judaizing them.