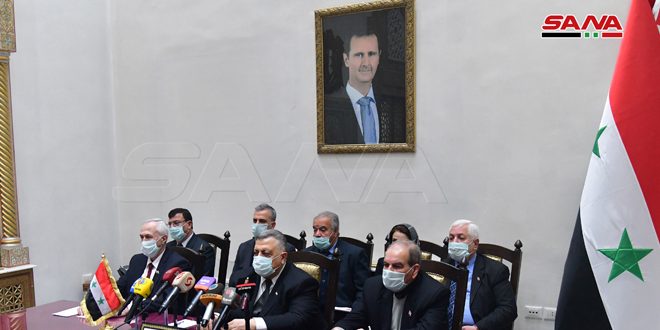 Tehran, SANA –Activities of the Virtual International Conference of Parliaments Defending Palestine, started on Monday with participation of Syria.

The Conference is held by the Islamic Shura Council in the framework of supporting the Palestinian people  under the title of “ al-Quds gathers us… together against normalization with the Zionist enemy”.

Speaker of the People’s Assembly, Hammouda Sabbagh, affirmed in a speech to the conference the importance of the gathering in supporting the Palestinian people, saying that “ al-Quds is in our conscience and resistance is a right.”

Sabbagh added that Syria, Iran, resistance axis countries and other peoples refuse humiliation, and they prove every day that they will not yield to dominance  forces or to the world arrogance powers who are trying to target their steadfastness and principled  stances.

He said that the Palestinian cause is considered as the first central issue in Syria adding that it is a humanitarian, political and moral issue that should be resolved.

Sabbagh added that the main reason behind the decade-long conditions in Syria and the various kinds of blockade is its refusal to abandon the Palestinian people and their legitimate cause which take large space in the priorities and concerns of Syria. 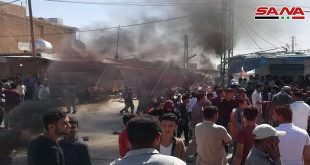 Aleppo, SANA- The US occupation- backed QSD militia has kidnapped a number of civilians in …