One person martyred, three injured in a mine blast in Hama countryside 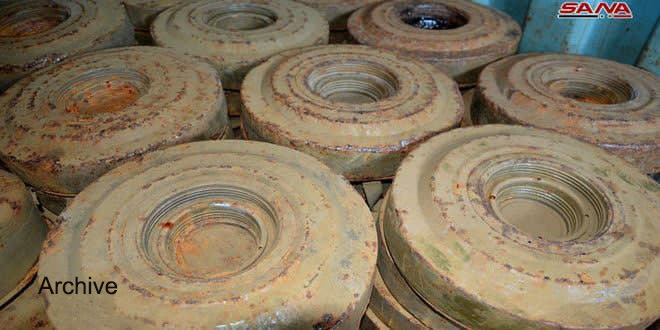 Hama, SANA- One person was martyred and three others were injured in a blast of a mine left behind by Daesh (ISIS) terrorists in the farms of al-Fasidah village in the vicinity of Salamyieh area, northeast of Hama.

A source at Hama Police Command told SANA’s reporter that a mine left behind by Daesh (ISIS) terrorists went off in the farms of al-Fasidah village, east of Ethrayia area in Salamyieh eastern countryside, as a person was martyred and three others were injured and they were rushed to the hospital to receive the required treatment.

Ahead of their defeat, terrorist organizations planted mines and explosive devices in the places of their deployment and they hid them in the villages and towns and in agricultural lands to inflict as much damage as possible to the people who return to their areas after liberating them from terrorism. 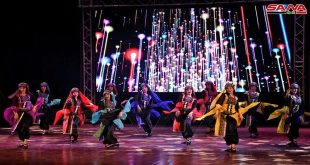