Cold and wet air mass prevails across the country at weekend 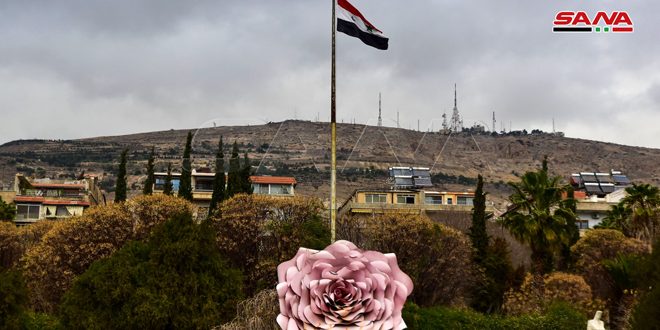 Damascus, SANA- Temperatures will drop to become around average, as the country is affected by a low air pressure accompanied by a cold and wet air mass in all layers of the atmosphere.

The Meteorology Department expected in its Thursday bulletin that the weather will be between partly cloudy to rainy in most areas accompanied with heavy thundershowers, hailstones are   expected over the Coastal areas and snow over the high-mountains.

The winds will be southwestern of moderate speed with high gests that exceeds 70km/h, the sea waves will be medium to high in amplitude.

Amounts of rainfalls in Syrian provinces:

Rain fell in most Syrian provinces where the heaviest amounts of rainfalls, during the past 24 hours till 07:00 o’clock today’s morning, reached: 45mm in Homs province, according the Rain bulletin issued by the Agriculture and Agrarian Reforms Ministry.

The rainfall amounts in some Syrian provinces reached: 6mm in Damascus and its countryside, 4mm in Sweida, 6mm in Quneitra, 5mm in Daraa, 26mm in Hama, 16mm in Tartous, 27mm in Lattakia, 17mm in Idleb, 11mm in Aleppo, 4mm in Raqqa, 8mm in Hasaka.

weather Thursday 2021-01-14
hala
Share
Previous 23 Palestinians arrested in the West Bank
Next Petroleum Ministry: Additional amounts of gasoline and oil derivations start to be pumped to the provinces as Banias refinery has returned to work following arrival of crude oil shipments 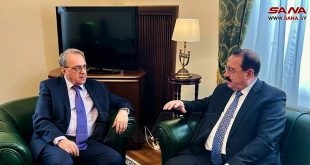 Moscow, SANA- Deputy Minister of Foreign Affairs of Russia and Special Representative of the President …