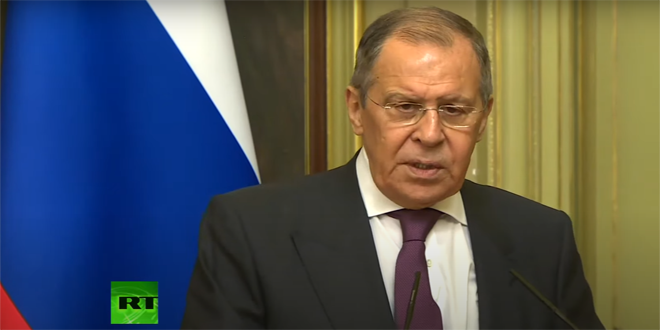 Moscow, SANA-Russian Foreign Minister, Sergey Lavrov reiterated the necessity to find a political solution to the crisis in Syria and to implement the UN resolution No. /2254/.

During a press conference in Moscow on Wednesday with Qatari Foreign Minister Mohammad bin Abdurrahman Al Thani, Lavrov said “we have discussed the situation in Syria and agreed on the necessity of finding a political solution to the crisis in the country and implementing the Security Council’s resolution No. /2254/.”

The resolution, which was adopted by the UN Security Council by majority in December 2015, affirms that the Syrians are the ones who determine the future of their country on their own, without any foreign interference, and that the terrorist organizations are out of any political process.

Regarding the new US sanctions imposed on Russia, Lavrov pointed out that the Russian response will come later and it will not be in accordance with the principle of reciprocity only, but it will include all relations between the two countries.

Lavrov added that “the new US sanctions, which have been imposed on Russian individuals and companies, are not surprising as the US adopts a hostile policy against our country from a long time ago, but of course the response will come, but not according to the principle of reciprocity only, as we will draw additional conclusions that will be applied to all the Russian US relations, which have proven itself as unreliable partner.”

Lavrov underlines necessity to find political solution to crisis in Syria 2020-12-23
ruaa-jazaeri
Share
Previous Christmas Recital performed at the Cathedral of Our Lady of Dormition, Damascus
Next Ambassador Dayoub stresses Syrian students’ role in rebuilding what has been destroyed by terrorism 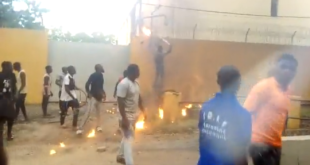