UN General Assembly: The Golan is Syrian, “Israel” must withdraw from it 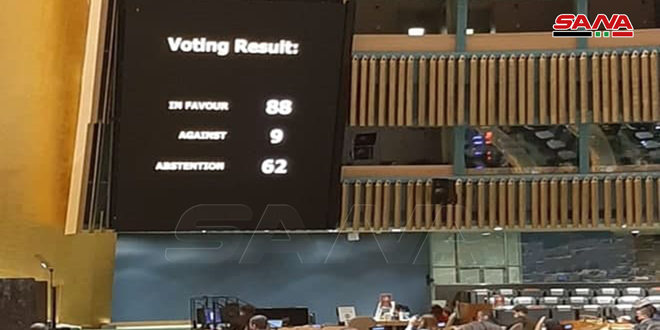 New York, SANA- The UN General Assembly has again voted by majority on Syria’s sovereignty over the occupied Golan and on considering all the measures taken by the Israeli occupation as null and void.

88 states voted in favor of the draft resolution while 8 states voted against it along with the Israeli occupation entity and 62 states abstained from voting.

The resolution demands “Israel”, the occupying authority, to completely withdraw from the occupied Syrian Golan till the line of June 4th, 1967 and to abide by the resolutions related to the Golan, particularly the resolution no. 497 for the year 1981 which considers “Israel’s” decision to impose its laws, authority and administration on the Golan as null and void and has no legal effect.

The resolution reiterated that all the measures taken by “Israel” with the aim of changing the character of the occupied Syrian Golan are null and void and they represent a flagrant violation of the international law and Geneva Convention relative to the Protection of Civilian Persons in Time of War and that they have no legal effect, particularly the declaration of US President Donald Trump regarding the Golan and all the US unilateral measures relevant to the occupied Syrian Golan.

The resolution calls on the UN member states to no recognize any of the measures which are taken by “Israel” in the occupied Syrian Golan and which contradict with the international law. 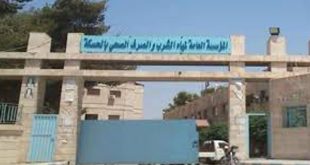 Hasaka, SANA- US occupation forces-backed QSD militia has continued its criminal and arbitrary practices against …