A number of Turkish occupation mercenaries killed and injured in a car bomb explosion in Ras al-Ain, Hasaka 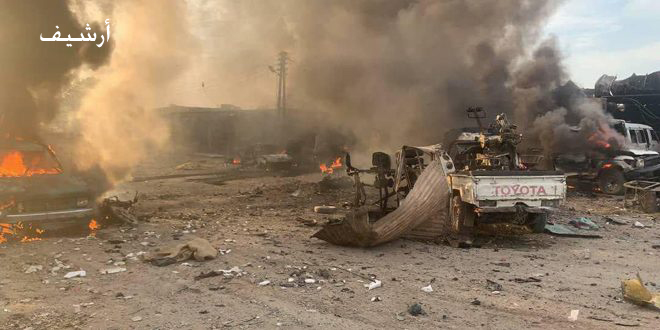 Hasaka, SANA- A number of Turkish occupation mercenaries of terrorist organizations were killed and injured in a car bomb exploded near one of their checkpoints in the vicinity of Ras Al-Ain in Hasaka countryside.

Civil sources told SANA reporter that “a car bomb exploded at a checkpoint of the Turkish occupation mercenaries in the Tal al-Janab village in the western countryside of Ras al-Ain, claiming the lives of a number of terrorists and injuring many others.