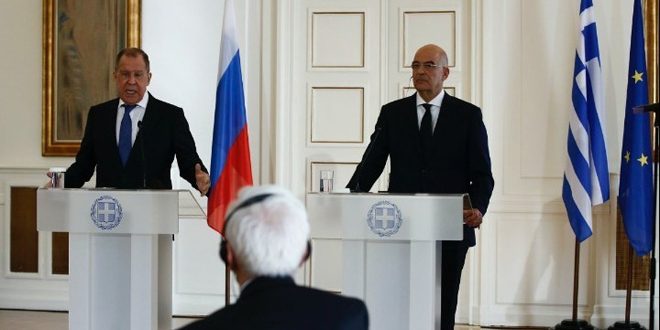 Athens, SANA-Greek Foreign Minister Nikos Dendias on Monday expressed his country’s concern about the negative role played by the Turkish regime in Syria, describing Turkey as a “travel agency for terrorists.”

Russia Today website quoted Dendias in a press conference following his talks with his Russian counterpart Sergey Lavrov in Athens as saying “Unfortunately, in all regional developments, the common denominator is the destabilizing factor of Turkey.”

He added “Turkey is playing a negative role in Syria and it is undermining the successes that have been reached, as it has turned into a travel agency for militants who are being sent to different fronts.”

Lavrov, for his part, affirmed that the stances of Russia and Turkey regarding different issues are not always identical, noting that Moscow is determined to continue the cooperation with Ankara to settle the crises and resolve the disputes in the Mediterranean region.

On Saturday, Greek City Times website revealed that the Turkish regime is preparing to send its terrorist mercenaries from Idleb to the borders with Greece in light of the growing tension between Ankara and Athens. 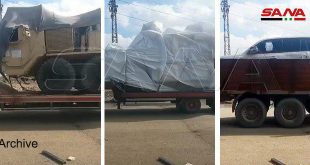