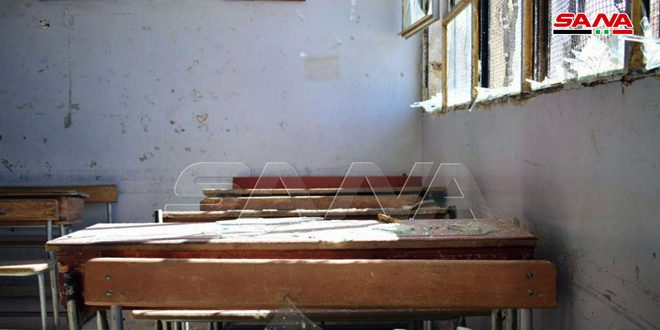 Quneitra, SANA_ An Israeli missile attack on Tuesday caused material damage to a basic education school in al-Hurriyah village, in the Syrian province of Quneitra.

Director of Quneitra Education Directorate Emad Asaad told SANA that the attack caused a hole in the school’s roof, in addition to breaking the doors and windows of the school and causing damage to its structure.

He indicated that a specialized team began to assess the damage and remove the debris to immediately begin the repair for the children to return to their classes.

This aggression reflects the brutality and arrogance of the Israeli enemy and completes the dirty role of its tools of terrorist groups that were defeated in that area, Asaad said.