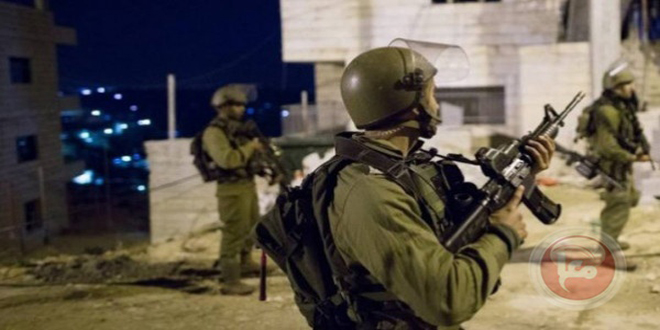 Palestinian Wafa News Agency said that the occupation forces stormed a number of towns and villages in Ramallah, al-Bireh, Hebron, Jenin, Bethlehem, Tubas, Qalqilya, Nablus and occupied Jerusalem and raided the Palestinian’s houses and searched them and arrested 37 of them.

The occupation forces continue their hostile practices against the Palestinians through attacking them and breaking into their cities and villages and launching daily arrest campaigns with the aim of displacing them and usurping their lands and Judaizing them.