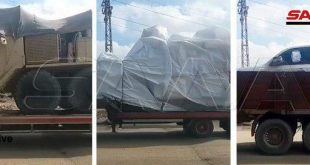 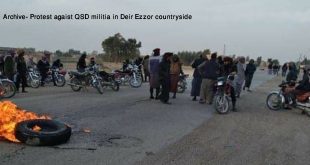 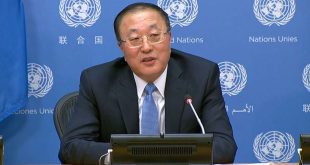 Hama, SANA-9 civilians were martyred in a terrorist attack by remnants of Daesh organization on al-Fasda village to the eastern side of Salamiyah city in the countryside of Hama .

SANA reporter quoted a medical Source at Salamiyah National hospital as saying that bodies of the martyrs arrived at the hospital from al-Fasda village.

Meanwhile, local sources said that the martyrs came under an attack by remnants of terrorist organization of Daesh while they were pasturing around the village.

The reporter indicated that units from the Syrian Arab army hunted the terrorists who had fled to the depth of the desert. 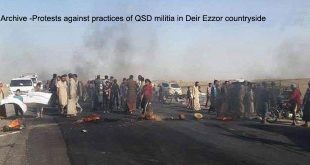 Deir Ezzor/Hasaka, SANA –The US occupation–backed QSD militia carried out a raids campaign and kidnapped …