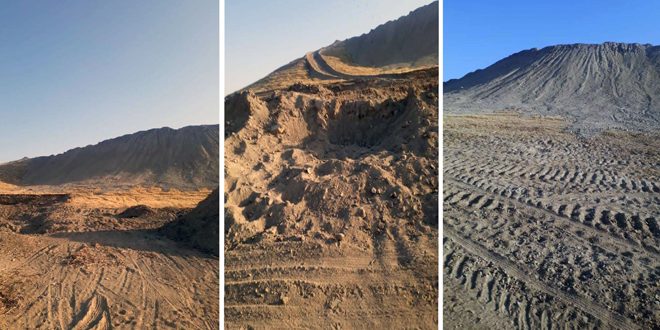 Raqqa, SANA – The Turkish occupation forces and their mercenaries of terrorist organizations on Monday swept away a number of the archeological hills in Balikh basin in Raqqa province within a scheme to sabotage and steal the Syrian archaeological sites and monuments in an attempt to cancel the Syrian identity of the region and its cultural heritage.

The Turkish occupation forces are systematically sabotaging and destroying those important archeological sites and looting the antiquities in order to obliterating the Syrian cultural identity, according to Hamoud said.

He called on international concerned bodies to help stop  those criminal acts perpetrated by the Turkish occupation who committed “savagery practices against the antiquities,” demanding the international community to move and  protect the important archaeological sites dating back to the seventh and eighth millennium BC.”