Popular gathering in Tal Sateeh village, Qamishli countryside, against US and Turkish occupations 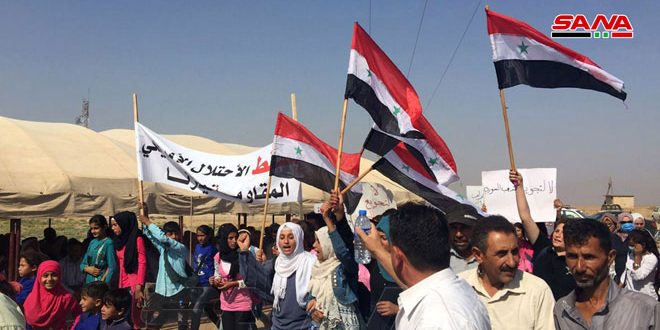 Hasaka, SANA- The village of Tal Sateeh in Qamishli countryside on Thursday witnessed a popular gathering against the US and Turkish occupations, calling on the two occupiers to leave the Syrian territories, condemning the unilateral coercive economic measures imposed on the Syrian people.

The participants in the gathering affirmed that they stand by the Syrian Arab Army to eradicate terrorism and confront its supporters, and they chanted slogans demanding the expulsion of the occupiers and denouncing the unjust US siege on the Syrian people.

The participants called for resisting the Turkish and US occupations and expelling them from Syria to get rid of their arbitrary practices against the locals by displacing them from their lands and homes, stealing oil and wheat, and depriving the Syrians of their country’s resources.

Sheikh Ghawar Al-Hasu told SANA reporter that “the tribesmen strongly reject the presence of the Turkish occupier and its interference in Syrian affairs and denounce its practices against the Syrian al-Jazeera’s people, also denouncing the US occupation that stole the efforts and the goods of the Syrian civilian”, pointing out that “ the locals in Qamishli countryside are standing today in Tal Sateeh village from the Al-Rashed clan and the rest of the tribesmen to confirm their rejection of any occupation of their lands and any inch of Syrian lands.”

Saleh Al-Nasser, a villager, stressed the need for “unifying the ranks of the Syrian sons in the face of the Turkish and the Zionist US occupations, and rejecting anyone who tries to disperse the sons of Syria to control their minds, steal their land and plunder their resources”.

The Syrian al-Jazeera region has been witnessing demonstrations and national stands in rejection of the Turkish and US occupation forces, denouncing their practices and the theft of oil and wealth of the country in cooperation and collusion with their separatist tools in those areas. 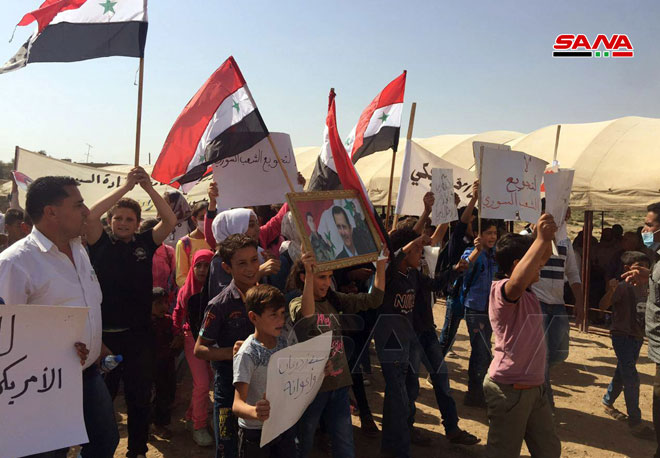 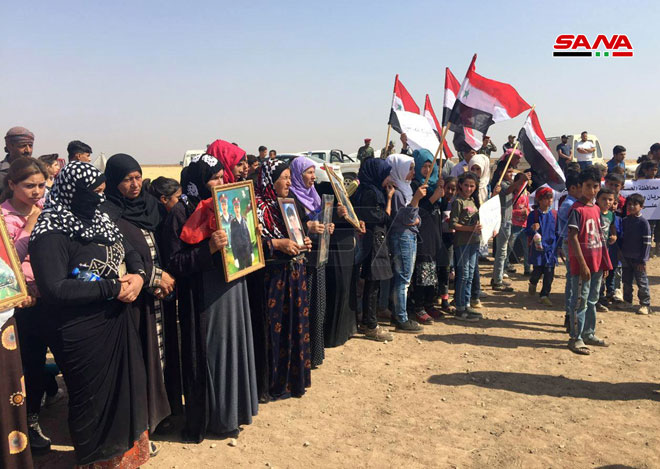 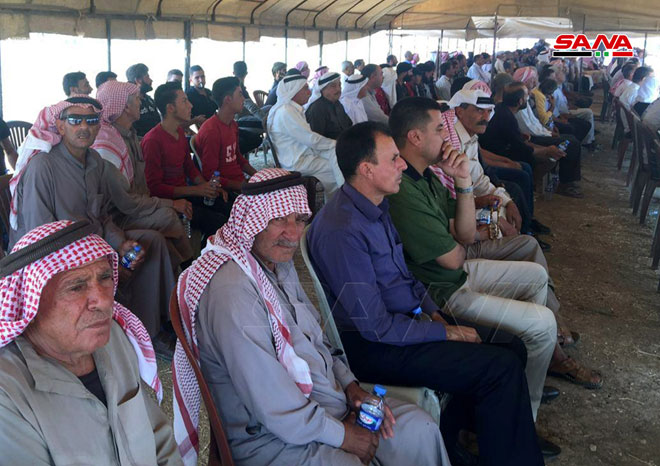 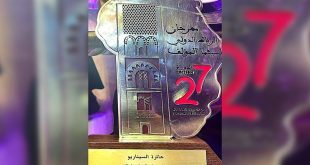