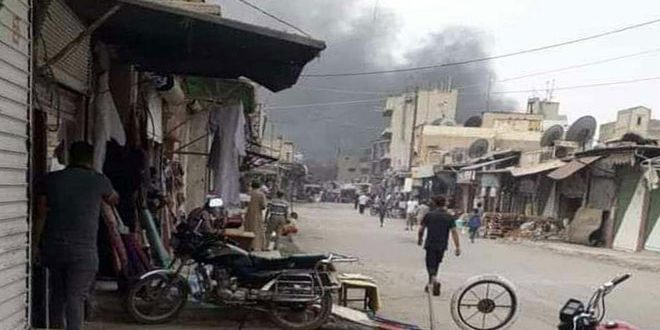 Hasaka, SANA- Four civilians were martyred and five others were injured in detonation of an explosive device and a booby trapped motorcycle in Ras al-Ayn in Hasaka northwestern countryside.

Civil sources told SANA reporter that 3 women and an old man were martyred and others were seriously injured due to an explosive device blast at Haji Wasfi in the occupied city of Ras al-Ayn.

The sources added that a booby-trapped motorcycle exploded in the center of a market in the city of Ras al-Ayn, causing material damage to the place.