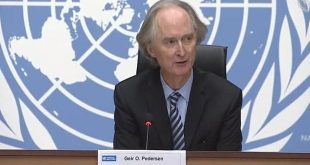 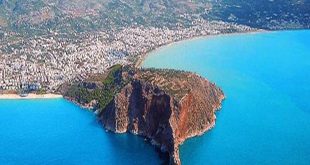 Hasaka, SANA-The US occupation-backed QSD militia continues its violations and its policy of restrictions on the people in Hasakah province to impose what they want by force within the areas it seizes. The education sector had its share of those practices when they seize the buildings and campuses of secondary schools and close them completely in those areas to deprive thousands of students and pupils from their schools.

The “QSD militia” had previously seized the sites of basic education schools all over the province that it controls, banned teaching within them, and imposed curricula that differ from the curricula of the Syrian Ministry of Education, amid popular rejection, represented by demonstrations and protests.
In a statement to the SANA reporter, the director of Al-Hasakah Education, Elham Sorkhan, said that QSD actions will negatively affect the situation of the educational process throughout the province of Hasakah and lead to a retreat in the educational level and constitute a major pressure factor on the remaining public schools, especially as the families refuse to deal and learning with curricula that are mainly not recognised.

She pointed out that the “QSD militia” informed the administrative cadres at secondary schools not to go back to schools during the current academic year, threatening of kidnapping and arrest. They also seized all the contents of the schools, including furniture and educational tools related to the teaching process.

The Director of Al-Hasakah Education called for taking all necessary measures to put an end to those practices and prevent the “QSD” militia from intervening in education, noting that there is popular rejection and discontent with the militia actions and its attempt to impose everything by force of arms.

A father in the city told SANA reporter that a general state of confusion and anxiety prevails among the citizens of the province with the approach of opening the schools, and with the persistence of the “QSD” militia” and its violations and the implementation of its irresponsible plans. 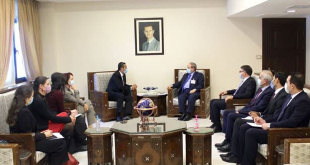