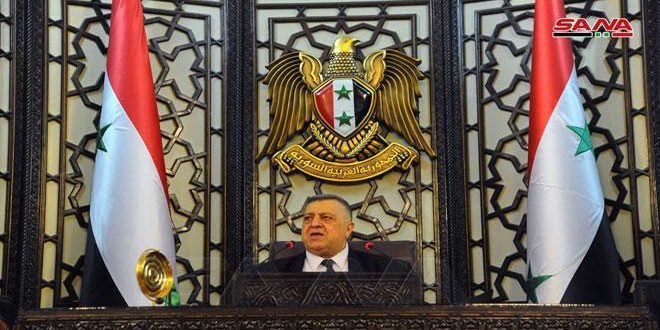 He denounced and condemned the heinous and continuous crime committed by the Turkish regime and its loyal mercenaries from the armed groups by cutting off drinking water to more than a million Syrian citizens in Hasaka and its vicinity.

The Speaker of the People’s Assembly called on, in his messages, the heads and members of parliaments in all international, regional and Arab parliamentary organizations to exert all forms of pressure on the Turkish regime to immediately stop this heinous crime and deliver drinking water immediately to more than a million Syrian citizens in the city of Hasaka and its vicinity.