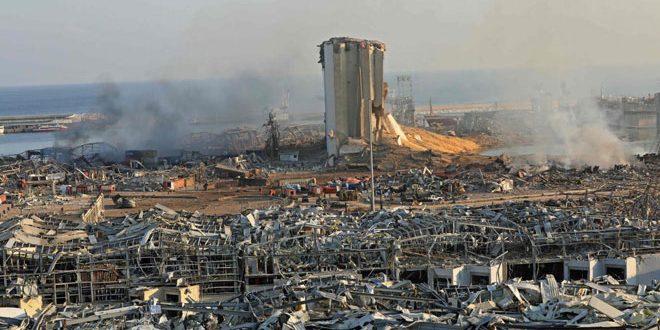 Beirut, SANA- The Syrian Embassy in Beirut announced Saturday that the number of the Syrian martyrs due to the explosion hit Beirut Port last Tuesday reached 43 in an initial outcome.

The Embassy said, in a statement, that in continuation of the efforts exerted by the Embassy to follow up the situation of the Syrians who are affected by the explosion hit Beirut Port, the Embassy provided all facilitation to transport the bodies of some martyrs to Syria and to bury some others in Lebanon.
The Embassy asserted that the it coordinates efforts with the concerned authorities in Lebanon in the search of the missing.

The Embassy expressed deep condolences to the families of the Syrian and Lebanese martyrs, wishing quick recovery to the wounded persons and that Lebanon would overcome the repercussions of this catastrophe.

It also renewed readiness to cooperate and coordinate with Lebanon in offering all potentials in serving the interest of the two brotherly countries.

embassy Lebanon martyrs Syrian 2020-08-08
hala
Share
Previous A national stand by members of al-Sharabian tribe in Hasaka, call to unify stances in facing US occupation and its mercenaries
Next Russian Foreign Ministry criticizes agreement between QSD militia and US oil company as flagrant violation of international law and Syria’s sovereignty 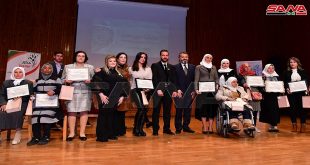