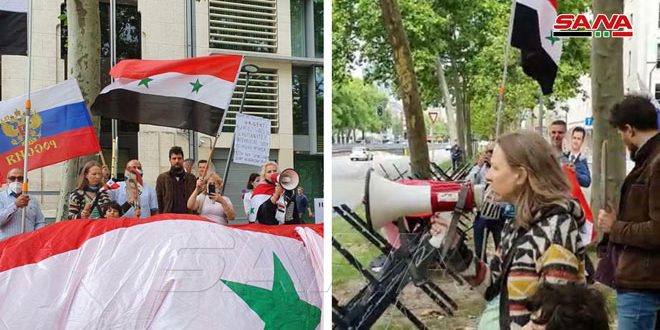 Brussels, SANA – Association of Syrian Expatriates in Belgium organized a protest in rejection of US and Western sanctions imposed on Syria and its people and against the so-called “Caesar Act”.

The Syrian community in Belgium and some Arab and foreign friends participated in the protest which was held in front of US Embassy in Brussels on Saturday.

The participants raised the national flag and chanted slogans in condemnation of US and western sanctions against Syria, affirming that those unilateral coercive measures directly affect the Syrian’s livelihood, calling for lifting the measures immediately.