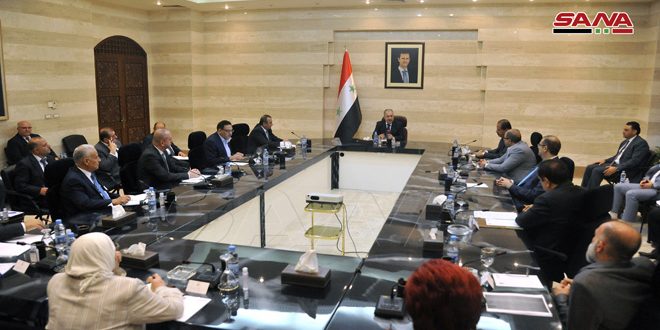 Damascus, SANA- Intensifying efforts for activating and enhancing tourism sector which is considered an important pillar for the economy and development was the main point of discussion during a meeting with the Federation of Chambers of Tourism chaired by Prime Minister Hussein Arnous.

Participants in the meeting have agreed on studying ways to provide financial exemptions and facilitations for the affected tourism facilities and easing the measures in this regard, in addition to setting a comprehensive plan for the tourist promotion in order to invest the natural and cultural potentials in Syria in activating the popular, religious, health and therapeutic tourism.

Arnous stressed the necessity of enhancing the economic and social role of tourism sector and investing it in pushing the wheel of economy, as well as the continued cooperation among the bodies concerned at the public and private tourism sectors.

In a statement to journalists, Head of the Federation of the Chambers of Tourism, Mohammad Khaddour affirmed that updating the systems and laws of tourism sector’s work was tackled, indicating that distinguished highway rest areas according to international standards will be also established. 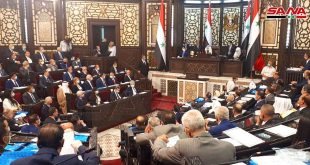 Damascus, SANA- The People’s Assembly on Monday started the opening session of its first exceptional …