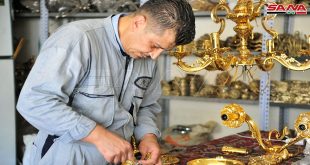 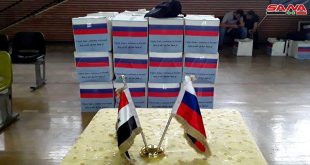 On a relevant note, citizens of Tel Hamis town in eastern Hasaka countryside organized demonstrations against the practices of Qasad group against the people, in addition to the bad conditions in the electricity and water sectors after those groups forcibly took control of the centers and headquarters of the Electricity Company and others government centers in Hasaka city.

Civil sources told SANA reporter that dozens of citizens in the town of Tel Hamisn went out in protest against Qasad’s oppressive practices against the citizens, which affect everything from their daily livelihood and crops to various services.

The sources pointed out that the armed groups from Qasad dispersed the protestors and demonstrators by force of arms and detained a number of them.

On June 27th, The US-backed Qasad groups occupied by force of arms the building of the Syrian General Administration for Grains, the building of the General Company for Electricity in Hasaka, the Sports City, and part of the youth housing buildings, the Syrian Informatics Association, the Directorate of Industry and Tourism, environmental affairs, the traffic branch, the civil registry and the bank Commercial in Hasaka and expelled the workers from those buildings.

2020-06-30
nisreen
Share
Previous Qasad groups dismantle railways in Deir Ezzor to smuggle and sell them
Next Kremlin: Russian, Iranian, Turkish Presidents to hold talks on situation in Syria on Wednesday 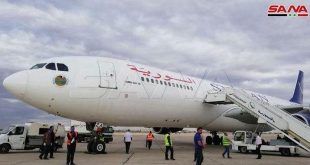 An additional flight runs from international Damascus Airport to Khartoum

Damascus, SANA- The Transport Ministry announced on Sunday that an additional airline flight will be …