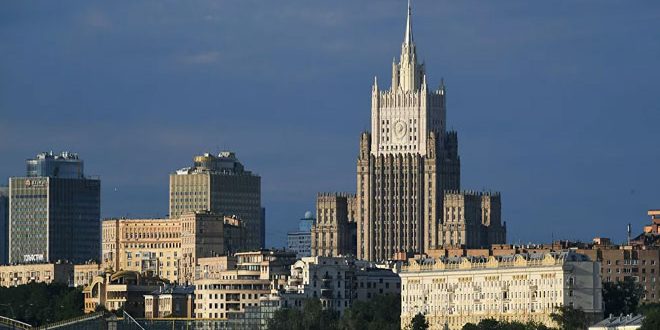 Moscow, SANA- Director-General of the Department of International Organizations at the Russian Ministry of Foreign Affairs Pyotr Ilyichev announced that Washington has focused in its measures against Syria on encouraging and financing separatist militias in northeastern Syria with money earned from illicit trade in stolen Syrian oil.

In a statement to Sputnik Agency, Ilyichev said “in the beginning, the Americans and their allies justified their invasion of Syrian lands by the need to fight Daesh (ISIS) terrorist organization, but over time their efforts shifted to imposing political realities … ISIS was not defeated despite Washington’s declarations on achieving  victory … while the United States focused through its measures against Syria on encouraging separatist militias by funding them with money earned from illicit trade in stolen Syrian oil.”

Ilyichev pointed out that there is another example on the United States’ attempt to undermine the territorial integrity of Syria which is the US administration’s decision to recognize the sovereignty of “Israel” over the occupied Syrian Golan.

It is noteworthy that the crimes of pillaging Syria’s oil by the American occupation forces under the pretext of fighting  Daesh (ISIS)  terrorist organization come in completion of Washington’s policies which are based on invasions and interventions in order to control natural resources and peoples’ capabilities, a policy that US President Donald Trump did not find himself embarrassed to announce frankly, when he confirmed that his  decision to keep his occupying forces in the Syrian al-Jazeera region is for the Syrian oil only.

On the other hand, Ilyichev announced that the report of the group of UN experts on the Russian military presence in Libya is based on questionable sources and said: “A large part of the report was built on the basis of unverified or clearly forged data and aims to discredit Russian policies in Libya as the experts use questionable sources that have a direct interest in the Libyan conflict.”

Ilyichev added: “Rumors about the presence of Russian mercenaries in Libya are based on unreliable information.”

Russia has repeatedly declared its opposition to any foreign interference in Libya, stressing that it is doing what it can to reach a political solution to the crisis in this country. 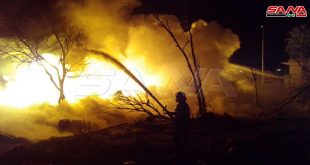 Homs, SANA-Members of the Fire Brigade and Civil Defense in Homs put out on Tuesday …