Provinces, SANA – Masses and prayers were held on Friday in a number of provinces to commemorate the 105th anniversary of the genocide committed against the Armenians at the hands of the Ottomans, which claimed the lives of over 1.5 million people. 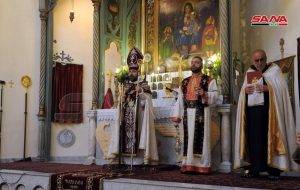 The masses and prayers were held without the presence of congregations due to the precautionary measures against Coronavirus.

Bells in Armenian churches in Damascus and all over the world tolled at 11 am to commemorate the anniversary.

Mass and prayers were held at the Armenian Orthodox Diocese in Damascus, presided upon by Bishop Armash Nalbandian, who said that Syria was the haven and salvation of the ancestors, and that the Armenian community will raise future generations to remember the kindness of the Syrian people who embraced their ancestors.

The Armenian genocide took places between 1915 and 1923, when the Ottoman empire displaced Armenians living within it and massacred over 1.5 million of them. 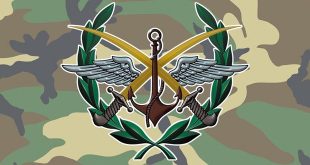 Deir Ezzor, SANA- Three soldiers were martyred and ten others were injured after targeting the …