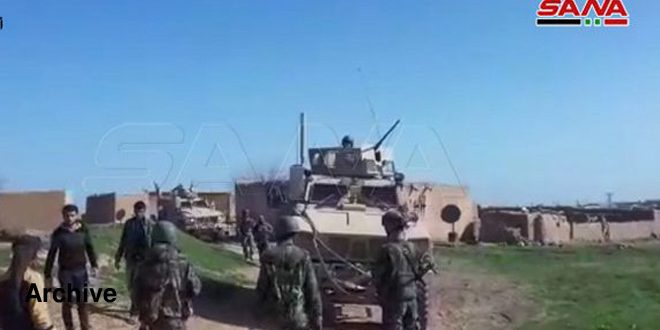 Hasaka, SANA_ The Syrian Arab Army personnel alongside people of Hamo village on Friday blocked a U.S. occupation convoy that was attempting to enter the village, forcing it to leave.

A number of locals told SANA reporter that people of Hamo village, backed by the Syrian army personnel, intercepted a convoy of 5 military vehicles, attempted to enter the village, preventing it from advancing and forcing it to return from whence it came.

On March 23, Syrian Arab Army personnel and the people of Hamo intercepted a US occupation convoy that was attempting to enter the village and forced it to leave.