Raqaa, SANA- Nine civilians, among them a child, were injured due to Turkish-backed terrorist group’s attack on al-Sukariya village in Tal Abyad area in Raqaa northern countryside.

Civil sources said that a terrorist group affiliated to the so-called “al-Majd Failaq” backed by Turkish occupation forces targeted with grenade and bursts of medium-machine-guns the locals of al-Sukariya village in the countryside of Tal Abyad city and then fled away.

The sources pointed out that Nine civilians, among them a child, were injured. 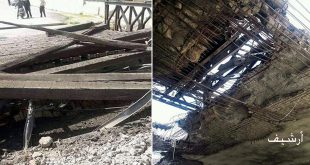