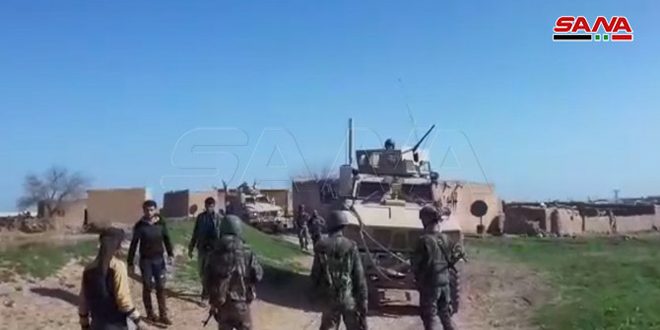 Hasaka, SANA- Syrian Arab Army personnel along with people of al-Kuzliya village west of Tal Tamer town in the north of Hasaka province repelled a convoy of US occupation forces which tried to enter the village, forcing them to leave. 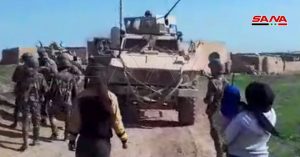 A number of locals in al-Kuzliya village told SANA’s reporter that the locals of the village, backed by army’s personnel, threw stones at a US occupation convoy, which included 7 armored vehicles, while they were trying to enter the village, forcing the convoy to leave.

Earlier, the people of Rmeilan al-Basha village threw stones at the American occupation’s armored vehicles when they passed by the village to express their rejection of the US presence, according to civil sources.