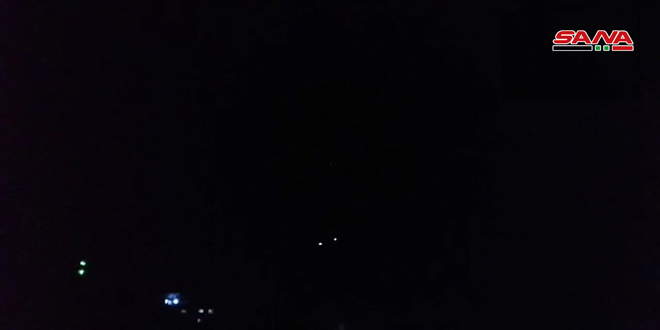 A military source said that at 00.30 a.m. of Thursday, March 5th,2020, the army air defenses observed an israeli warplane movement coming from north of occupied Palestine towards Sidon, launching, from over the lebanese airspaces, a number of missiles towards the central region.

The source added that immediately the air defenses confronted the hostile missiles successfully and professionally that prevented any of the missiles from reaching the army’s targeted sites.