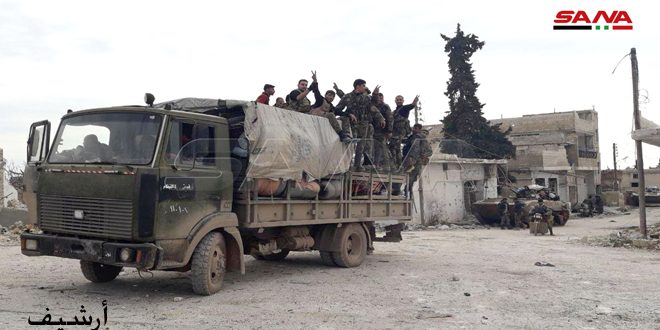 Earlier, Syrian Arab Army units continued their advance against terrorist organizations in Idleb southern countryside, and liberated the villages of Ma’artamater, Ma’artasin, and Ba’arbo southwest of Ma’aret al-Nu’aman city after eliminating scores of terrorists from Jabhat al-Nusra and the affiliated groups.

SANA’s reporter in the area of the operations said that after liberating the villages of Ma’artamater and Ma’artasin, units of the army continued their operations against Jabhat al-Nusra terrorist organization and the groups affiliated to it which are backed by the Turkish regime in the direction of Idleb southern countryside, liberating the village of Ba’arbo after crushing terrorists’ gatherings and fortifications in them.

The reporter added that army units are hunting down the remnants of terrorists who fled away towards Kafr Nobbul city, one of their main strongholds in Idleb southern countryside amid a state of collapse among the ranks of terrorist groups in front of the advance of the army units on the frontlines.

On Monday, army units liberated Tal al-Nar and eight villages in Idleb southern countryside after battles with terrorists that end with eliminating their last hotbeds in them. 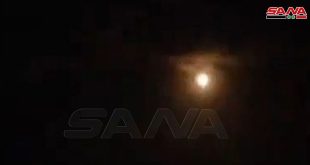 Hama, SANA-The army air defenses confronted on Thursday an Israeli aggression in the surrounding of …