Lavrov: Russia supports Syria in the war against terrorism until eliminating it completely 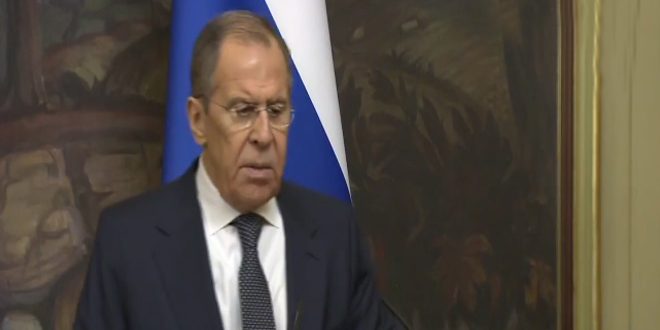 Moscow, SANA- Russian Foreign Minister, Sergey Lavrov, said that his country will go ahead in offering support to Syria in the fight against terrorism until eliminating it completely, reiterating the need for respecting Syria’s sovereignty and territorial integrity, and the return of displaced Syrians to their homeland.

Lavrov’s remarks came during a meeting with his Jordanian counterpart Ayman al-Safadi in Moscow on Wednesday.

“Russia will continue to support the Syrian Arab Army that retaliates to terrorist organizations’ provocations in Idleb as they continue to target the positions of the Syrian Army, the neighboring areas, and Hmeimim airbase,” Lavrov said, calling on the Turkish regime to implement its obligations under Sochi agreement.

He pointed out to the necessity of respecting sovereignty and territorial integrity of the countries in the region , and finding solutions to crises in Syria, Iraq and Libya through national dialogue.

Lavrov stressed that all the military forces present in Syria illegitimately must leave in light of UNSC resolutions which call for the need to respect the sovereignty and territorial integrity of Syria.

He added that US uses al-Rukban Camp as a pretext for the presence of its forces in it , indicating that the US- backed terrorist organizations use the residents of the camp as human shields and prevent the access of humanitarian aid to it. 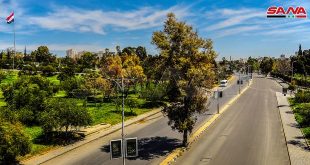 Damascus, SANA- Temperatures will slightly drop to become from 2 to 4 degrees lower than …