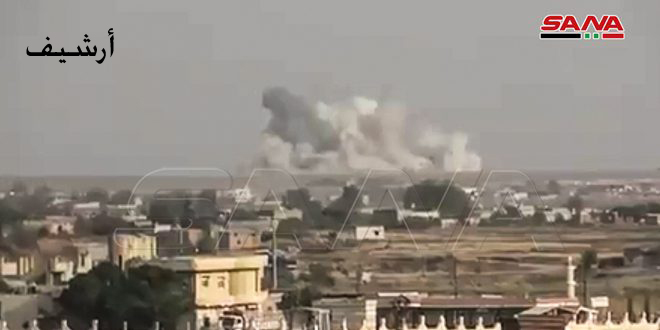 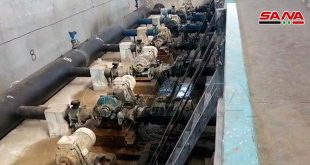 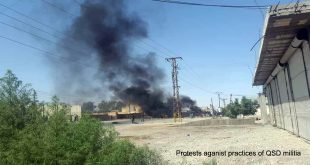 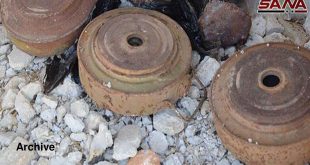 Hasaka, SANA – The Turkish occupation forces and their terrorist mercenaries attacked with shells the villages of Rabeah and Mjebrat al-Sharabeen in Hasaka northern countryside, in addition to sending a convoy of vehicles transporting dozens of terrorists through the border village al-Soukaria.

SANA reporter in Hasaka said that Turkish occupation and terrorist groups allied with it attacked with a number of rockets Rabeah village in al-Malkia area to the north of Hasaka, as well as attacking Mjebrat al-Sharabeen with mortar shells to the northeast of Tel Tamer in Hasaka western countryside, and the attacks resulted in material damages in the houses of civilians and their properties.

The reporter pointed out that the Turkish occupation sent a convoy consisting of 12 pickup truck accompanied by two tanks and carrying a number of terrorists working for the Turkish occupation. The convoy passed through al-Soukaria village on the borders and headed south to Bab al-Khear, al-Dawodeah, Tel Mohammad, and Aniq al-Hawa.

The reporter added that this coincided with clashes between Qasad (SDF) groups and Turkish mercenaries using various weapons since dawn in a number of villages south of Abo Raseen town. 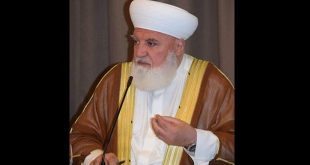