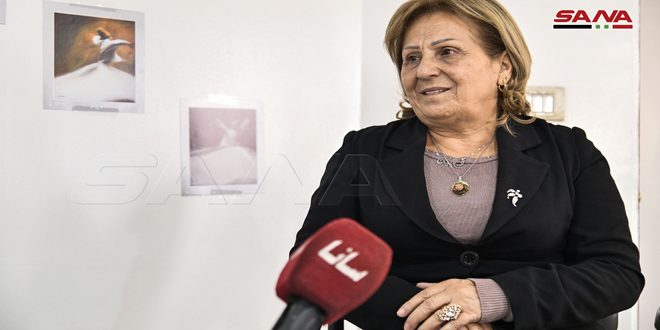 Damascus, SANA- A new literature narrating a legend immortalized by history declared the beginning of translating the martyrdom, heroism and sacrifices of the Syrian Arab Army personnel into written words.

Sometimes when even the letters become unable to convey the truth of what happened, a person who has witnessed that heroism and sacrifices, his/ her words become a more authentic documentation for the time.

11 heroes of al-Kindi Hospital Garrison in Aleppo were executed by the devil of the age in the year 2013, and their photos have become a totally Syrian icon.

They defied the bullets of the killers standing bravely in their face which is not strange to the heroes of the Syrian Arab Army Personnel. 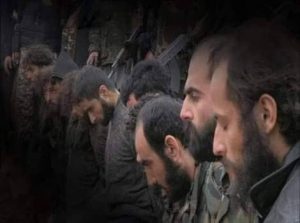 Today, we are witnessing a new form of literature which depicts that scene by the great mother of one of those heroes, Mrs. Sohaila al-Aji who answers the questions of the Syrians about that moment and narrates the story of the martyrdom of her son Bunyan with his comrades in arms and what they had went through in the face of the enemies of the homeland and humanity as they had been loyal guardians of the light and peace.

“I called them the (Victory Icons),” with this words Mrs. Sohaila started talking about her book “The Day When Martyrs Ascended” which is considered the first documentation of the war that was published by the Syrian General Authority for Book.

Mrs. Sohaila didn’t write about her child as a son, but she talked in her book about all the martyrs of the homeland who sacrificed to defend the Syrian people and territories.

“I lost my son in this dark war…Many questions have come to my mind as the martyrs of al-Kindi Hospital had refuted all the false allegations in the name of religion, and they had proven that death doesn’t end the life of the great people who wrote a legend of heroism and sacrifices throughout their life,” Mrs. Sohaila said.

She added “When I saw the picture at the moment of my son’s execution, I didn’t know which one of them he was and all of them were similar as martyrdom at that moment is rise from an individual situation to cosmic humanitarian situation.” 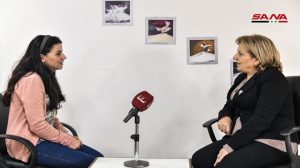 Sohaila’s love for homeland exceed her love for her son. She said “I wrote about Bunyan who didn’t die similar to all our martyrs as I called him homeland as I don’t have anything more precious than Bunyan except the homeland for which he sacrificed.”

“While our martyrs who we didn’t know when they were alive, have become well-known by the whole world for their sacrifices and immortal heroism,” Sohaila said.

Regarding her decision to document the legend of the heroes of al-Kindi Hospital Garrison, Sohaila said “I haven’t written anything except after the martyrdom of my son as the pain enhances innovation,” noting that through the book, she has found her way among millions of the stray people on this earth.

She added that her book “When Martyrs Ascended” included exciting events and facts which she had lived and experienced such as the lies of international organization which claim their keenness on the Syrian people, while in reality the serve Western agendas and policies.

Mrs. Sohaila talks about special moments lived by the heroes of al-Kindi Hospital garrison and dialogues between them which reflect their deep-rooted love for their homeland.

She called on the mothers of each martyr to document the stories of their sons and to plant trees with their names, and she called for upgrading the culture to be up to the level of their sacrifices.

Sohaila’s book will be signed on Sunday at 06:00 pm in the Arab Cultural Center in Abu Rumaneh neighborhood, Damascus.