Tens of citizens return from terrorists-infested areas in Aleppo countryside 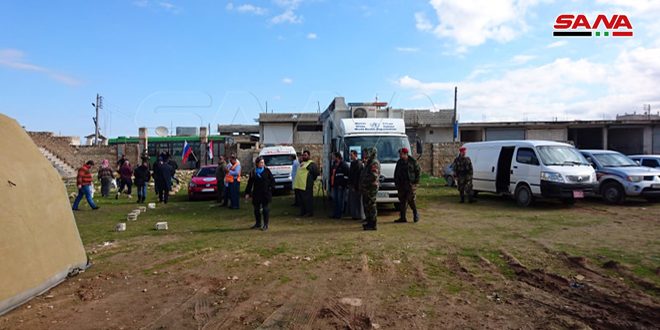 Aleppo, SANA_ Tens of citizens on Monday left the areas where terrorist groups are positioned in the countryside of Aleppo province, crossing through al-Hader corridor in Aleppo southern countryside in preparation for return to their towns and villages which have been liberated from terrorism by the Syrian Arab Army.

SANA reporter in Aleppo said that al-Hader corridor, which was opened today under the supervision of the Syrian Arab Army to receive citizens wishing to leave terrorists-infested areas, witnessed the return of dozens of citizens, including children and women.

The returnees were received by the authorities concerned and provided by necessary health services. 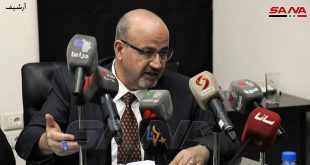 WHO representative: Syria is in the beginning of rising diagram of coronavirus infections and recommend social distancing