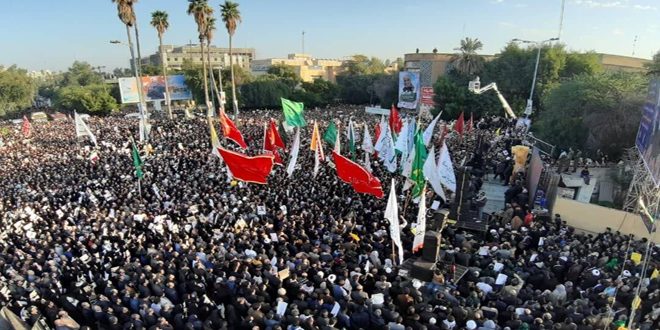 The crowds shouted slogans condemning the United States and its crime, expressing sorrow over the martyrdom of Soleimani, al-Muhandis and their companions.

After the funeral ceremonies in Ahvaz city, the cortege will be heading for Mashhad, Tehran, Qom and Kerman to complete the ceremonies before their burial in their final resting place.

On Saturday, Hundreds of thousands of Iraqis participated in the funeral processions for Soleimani, al-Muhandis and their companions that took place in Baghdad, Karbala, and Najaf.