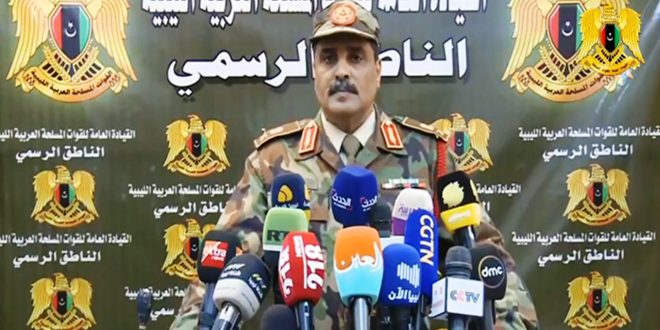 Tripoli, SANA- Spokesman of the Libyan National Army (LNA) Major General Ahmed al-Mismari affirmed that the Turkish regime has transported hundreds of the most dangerous terrorists from Daesh (ISIS) and al-Qaeda terrorist organizations from Syria to Libya.

Libyan media outlets quoted al-Mismari as saying in a press conference on Monday that President of the Turkish regime Recep Tayyip Erdogan “has violated all the standards of the international community and the Security Council and he has contributed to transporting extremist terrorists from one state to another.”

Al-Mismari noted that what Erdogan is doing doesn’t only threatens Libya, but it threatens the Arab region as a whole.’

He added that Erdogan has transported terrorists of different nationalities to Libya to export his internal problems abroad and to impose control on the resources of Libya on the other hand.

Many media reports have affirmed that Erdogan has started to send his mercenaries and terrorists from Syria to Libya to fuel the security situation in it and to usurp its resources. 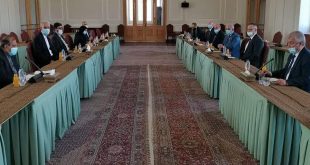 Khaji and Lavrentiev discuss the situation in Syria