President al-Assad: Investing in cultural projects is the most profitable investment because it builds up a person who is armed with knowledge 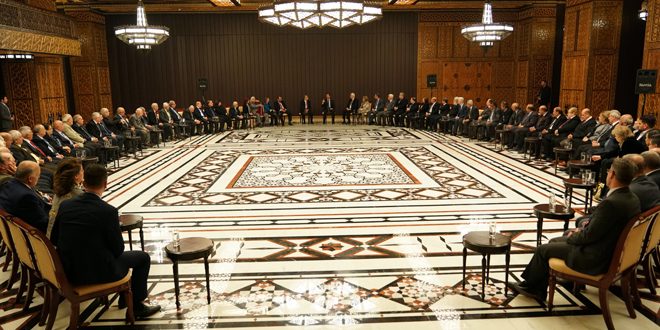 Damascus, SANA President Bashar al-Assad on Wednesday received a delegation of participants in the central ceremony of Arab Writers’ Union (AWU) on the occasion of the 50th anniversary of its foundation.

The meeting dealt with the intellectual and cultural situation in Syria and the challenges that face it in light of the cultural war which poses one of the most dangerous levels and forms of the terrorist war on the country.

President al-Assad pointed out to the important role of the educated in scientific and methodical evaluation and analysis of the system of values, concepts, habits and traditions prevailed in society and sorting out what is useful to protect, preserve and consolidate it, and what is bad to enlighten and change it through conscious interaction with the culture of modernity and technical development in the world. 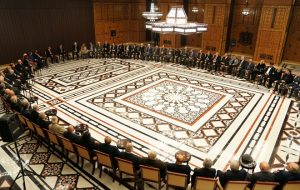 The president underlined the importance of the presence of the intellectuals on the front of concepts and idioms that would be consolidated from outside in the service of projects that don’t come in the interest of the Homeland, and the need for finding a critical discourse, constructive cultural and dialogue mechanism which are capable of confronting the war of concepts, the state of “pull and attract”  which happen with the aim of consolidating a general awareness  whose title is division, disharmony, infighting, disconnect from self and society instead of diversity and cultural richness.

President al-Assad called for giving the Arabic language all the attention as it is the most important bearer of the culture and mentality that is committed to issues of homeland and society in addition to the basis, collective Arab identity with its comprehensive civilization meaning which expresses the diversity and richness in society.

The President considered that investing in the cultural projects is the most profitable investment because it builds up the person who is armed with knowledge which immune and qualifies him to be capable of developing himself, his society and homeland.

For their parts, the Arab and the Syrian intellectuals participants in the ceremony, who attended the meeting, affirmed their keenness that their word and voice would be at the level of challenges and sacrifices offered in Syria, stressing the need for launching cultural mechanism capable of effecting and interacting  with spirit of time to convey the free word and the committed culture and revive it generation after generation.

2019-12-18
m.eyon
Share
Previous Four martyred , four others injured in mine blast inside a car in Raqqa countryside
Next Over 3900 students have their first semester exams in Idleb’s liberated areas 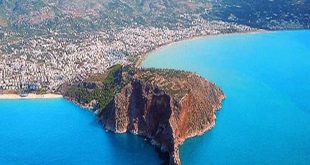