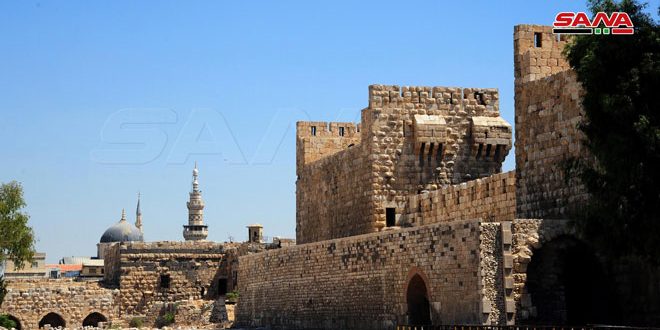 Prague, SANA _ The Czech tourist “TravelMag” website confirmed that the archaeological sites of Damascus are among the most important and oldest monuments in the world which are listed to the UNESCO World Cultural Heritage.

The website said Tuesday, in a report on the most prominent historical landmarks of Damascus, that Damascus embraces one of the largest and oldest mosques in the world, the Umayyad Mosque, indicating that part of the remains of John the Baptist exist in it as Pope John Paul II visited it to be the first pope in history to visit a mosque.

The report spoke about the vast square of the mosque and the places of prayer and the shrine of Salah al-Din al-Ayyubi which is located next to the left wall of the Umayyad Mosque.

The Czech website pointed out to one of Damascus main landmarks, the famous medieval Citadel of Damascus, which is considered part of the ancient city and listed on UNESCO list of internationally protected humanitarian and cultural heritage.

The report shed light on the beauty of al-Hamidiyah Souq,  the largest and the central souq in Syria; the main Damascus shopping center is covered by metal arch and located inside the old walled city of Damascus next to the Citadel.

Syria is a beautiful country that includes important monuments left behind by ancient civilizations, and for this reason, most of them are listed on the UNESCO list. 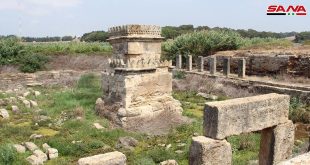 New archaeological discoveries found in Amrit and Safita in Tartous