Kazakhstan: All sides to the Astana process on Syria will participate in 14th round 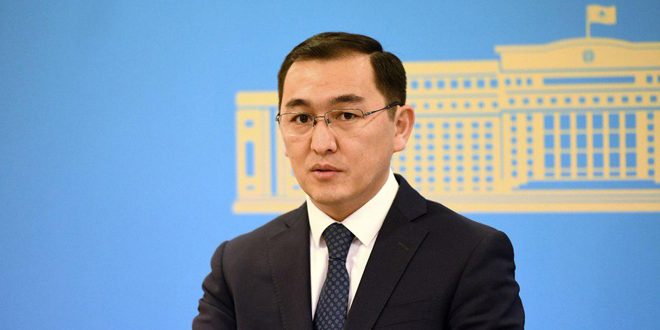 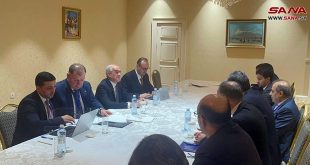 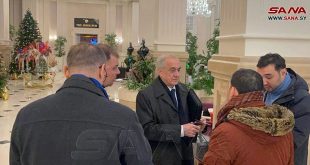 Nur-Sultan, SANA – The Foreign Affairs Ministry of Kazakhstan affirmed that all sides to the Astana process on Syria will be participating in the 14th round of talks which will be held on December 10-11 in Nur-Sultan.

Ministry spokesperson Aibek Smadiyarov said in a press conference on Monday that the UN delegation headed by UN Special Envoy for Syria Geir Pedersen will participate in the 14th round of Astana talks as an observer.

Smadiyarov said that all sides to the Astana process have confirmed their participation in the talks and delegations have already began arriving at Nur-Sultan.

At the eve of the talks, the representatives of the guarantor states will hold bilateral and trilateral meetings on the level of experts, and a general session is scheduled to be held on Wednesday with the participation of all sides.