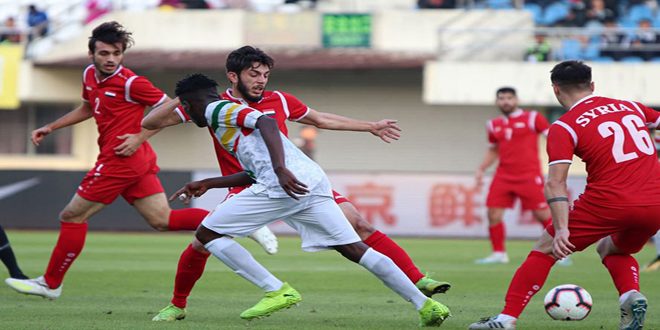 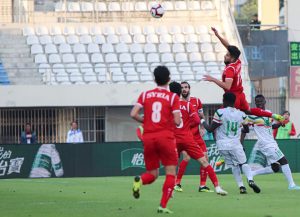 Defender Fares Arnaout scored for Syria at the 69th minute of the game which was held Sunday at the Zhuhai Sports Centre Stadium in China.

Our Olympic team qualified for the Asian finals after receiving the best second place in the qualifiers after beating Kyrgyzstan 2-0 and the Kuwait team with the same result and a draw with the Jordanian team with a goal for the same.