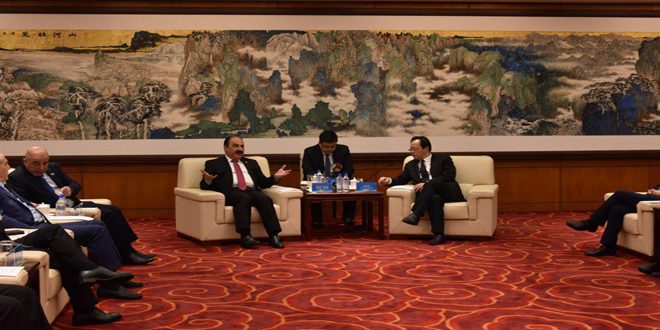 Beijing, SANA- Assistant Secretary General of al-Baath Arab Socialist Party Hilal al-Hilal discussed in Beijing with Head of the International Liaison Department of the Communist Party of China Song Tao relations between the two parties and means to enhance them.

During the meeting, al-Hilal confirmed the depth of relations between the peoples of the two countries who have deep-rooted historic relations, underlining the importance of joint cooperation and coordination between the two parties for the benefit of both countries mainly in the reconstruction phase in Syria.

For his part, Song expressed his party’s desire to develop bilateral relations with al-Baath Arab Socialist Party whose members has had a key role in protecting Syria through confronting terrorism and terrorists who from all around the world to spread their extremist and Takfiri thoughts.

Song reiterated his country’s clear and firm position in supporting Syria since the beginning of the war on it, expressing his country’s willingness to participate in the reconstruction process in Syria. 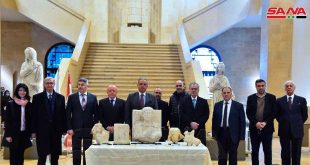