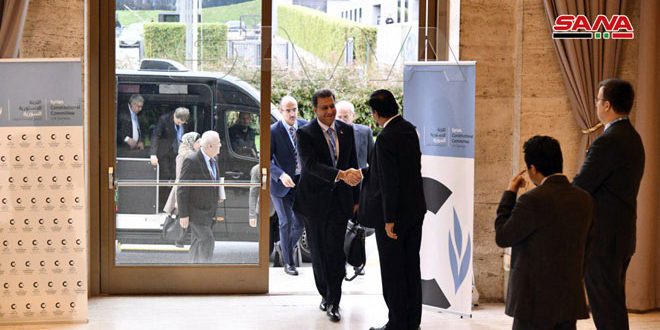 Geneva, SANA_ The Mini-Committee of the expanded body of the Committee of Discussing the Constitution concluded meetings on Friday at the UN headquarters in Geneva with the participation of the delegation supported by the Syrian government and other delegations.

SANA’s delegate to Geneva said the UN Special Envoy for Syria, Geir Pedersen is scheduled to hold a press briefing summarizing the discussions during the five-day meetings of the Committee.

Over the past few days, the committee held several working sessions according to the agenda which was adopted and proposed by the delegation supported by the Syrian government, according to sources close to the UN.

Mini-committee of discussing constitution concludes meetings in Geneva 2019-11-08
ghossoun
Share
Previous Three injured in terrorist shell attack on residential neighborhoods in Aleppo
Next Pedersen: Next round of mini-committee meetings on November 25